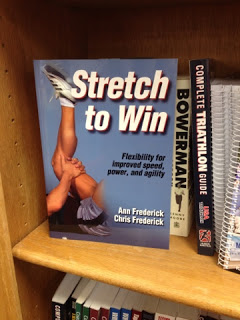 It’s taper time!  How did that come up so quick?

This taper will be about the same as my previous except that mileage will be held a little higher through this week (week 2) – at 84.  In previous cycles I’ve felt a little stale, so wondered if I’d feel better if I kept more normalcy with doubles and mileage.  That could have been because we also had to cut mileage significantly the last month because  I was running tired and stressed (case in point: NYC).  We’ll see how well holding higher mileage works (without the question mark of work stress and how that plays into everything).

Legs have been a little beat up since the GAC 5k “crash and burn” race.  I took a day off earlier than planned the following week in order to give myself a chance at hitting a 4×2 mile tempo workout.  Even though the 5k was slow, it took everything out of them – to be expected when you run to and through the wall like that.  The day off seemed to have helped and I was able to average sub 6’s through those.  Although, it’s hard to tell what pace I was really at since I was inside on a treadmill since I run differently on them and also know there’s definitely some aid as you don’t have terrain or wind to battle (and I’m not sure 1% incline takes care of both of those??).  But, a successful tempo workout nonetheless!  Nate was there to do it with me, which was really nice.

His running is really coming along, which is fun to see.  Crazy how following a set plan helps! 🙂

The next two days I had 8 miles easy in order to rest a little before a long MP/T workout on Saturday.  So, I figured Thursday would be a good time to get one last hard lifting session in.  I did my squats (30 lb dumbbell, 2×12), hip flexor extensions, hamstring paw-backs, box step ups and calf raises along with a bit of core work.  Not sure if it was the squats or the lifting in general, but my legs were pretty fried for Thursday’s run.  Same thing Friday.

And although I was hoping they’d recover by Saturday, no such luck.  My workout was 6 miles at MP, 1 at tempo, 5 at MP, and 1.1 at tempo (practicing changing speeds mid-race).  I went out controlled, hitting the first mile  and a half at 6:10s.  Perfect. Except that 6:10s were taking waaaayy too much effort.  We then turned into the headwind, which we’d run into for the next 10 or so miles, and my paces quickly dropped to 6:30s and 6:40s.  Yikes.  I couldn’t go any faster!  The legs were heavy and didn’t want to rotate any quicker.  Since this was supposed to be MP effort, I allowed myself to relax and be OK running these slower paces.  Perhaps this is my current MP fitness – and I guess that’s okay!  After all, where I’m at currently (and for Fargo) is just a stepping stone to where I’ll be this fall.  I can be patient.  (After all, there’s nothing you really CAN do about being slower than you’d like at any moment, other than trust in the training process)

Fast forward to today, Tuesday.  Just 11 days until the marathon, and my 2nd to last tempo workout.  My legs recovered well after the half marathon so I felt more confident going into this.  I had three tempo segments – and three wonderful training partners!  Team TNT met for the first time this spring.  Ahh, so nice to have a great group.  Plus, Brian and  Nate are much faster than they were  last fall, so they were ALL at some point were side-by-side with me (along with Craig).  How cool is that?  It is SO awesome to train hard right next to someone.  Makes me push harder!!

From here, I just have one more tempo workout and then a short tempo shake out (can’t really be called a workout) next week.  This seems crazy… I don’t feel ready! (Do you ever? :))
—
In coaching related news, has anyone read either of these books?  I’m looking to become a little more thoughtful and planned out with my stretching and plyo work next cycle (and have a defined plan for my athletes).  Curious on your thoughts or if there are better resources out there. 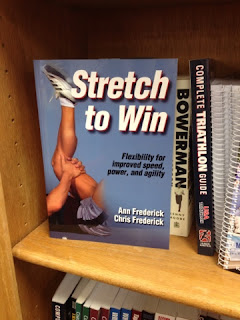 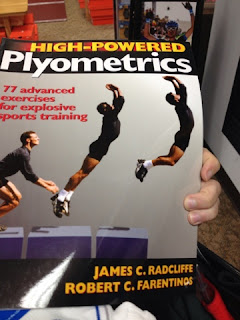 —
In non-running related news, I have officially started garden veggies and flowers from seed.  This is something I’ve wanted  to do for some time, but didn’t have the time.  The only thing… building and filling garden beds during a taper is NOT a good idea so I’m hoping I can keep them alive until after Fargo.  Wish me luck!

This should be a fun adventure!

Until the next post, run happy!  The sun is out, spring is here – you can’t HELP but to run happy! 🙂

So excited to announce that carb BOOM is now a sponsor! Their energy gels are amazing – not only super flavorful (try their raspberry! It’s amazing!), but completely natural, which is super important to me. So instead adding some sort of processed flavoring, their raspberry gels are flavored with raspberry concentrate and raspberry puree. Love… I lost one of my best friends last Thursday :(. Nate, Ellie and I went out for an easy 6 miler. She was crazy as usual — “We’re going to run? Oh, boy, oh, boy, oh, boy…” as she paced around the house waiting for us to change into our running clothes and put on…

The last two weeks have been down weeks for me.  I’m getting back into the swing of things after Grandma’s.  Jerry wrote just a few miles the week after the marathon (35 or so?) It was the first time I’ve ever done anything the week after – and it felt great!  I did 4 miles…