Andrew Howard started with TNC Endurance in Summer of 2014. Since then, he has set PRs at every distance he has raced!
He is now faster than when he ran at Gustavus, something we are both pretty darn proud of.

Who he is:
Andrew Howard
31 years and 178 days
proud resident of Austin, TX

What do I want to do next? Faster PRs! Take that marathon PR down into BQ territory. Take that 5k down under 17. Win more races (first time winner this year…man that’s an addictive feeling).

Since Coach Nichole is all about “dreaming big”, what would be your dream PR be, or one that you’ve been chasing for years.  Go big or go home!
The most awesome goal would probably be winning (or hell, just top three) in the marathon at the 2018 Gay Games in Paris. The Olympics might be a bit out of reach, but this is a pretty nifty thing to do instead. Before that thugh, I want to nail down that Boston Marathon qualifying time so that I can go do that in 2017.

What keeps you going?I don’t really have any mantras. I run for pride and because I like the feeling of competing; the faster I am, the better (I’m not sure if I’d rather be fast or win the race).
Favorite race distance:The 5 mile/8k is the perfect race distance. Not quite the all-out speedfest of a 5k, nor is it the sufferfest of the 10k. You need the perfect balance of speed and endurance for the 8k. Also up there is the marathon, for some unknown reason. There’s nothing really fun about a marathon while running it, except finishing. the process leading up to it and the feeling afterward, though, that’s what makes a marathon worth it.
Additionally, I have really gotten into the multi-day relay races in the last couple years. They are the best worst time that you could have (or maybe that’s the worst best time?). I’ve done three of them in this last year–one down here in Texas with my running group, Hood to Coast in Oregon with a bunch of Gustavus alumni, and a trail relay down here, also with my running group (protip: rain makes things both miserable and fun).
Why did you start working with Nichole/TNC?I’m with TNC to get to the next level. I know myself well enough that I need that extra push to put me over the top and to hold myself accountable to a training plan. TNC gives me that.
Who are you outside of running? Hobbies? Other fun info?I have a life outside of running? I guess, maybe? I have a rather bad book-and-coffee habit (or a book-and-beer habit, depending on the time of day). There’s also the time spent pampering the hell out of my cats. I try to do a bit of traveling, but most of that has been for running-related reasons. Add in a bit of indie rock concerts and you’ll have my non-running lifestyle right there.
What would you do if you had an unscheduled day of vacation?So, supposing I get a day off in the middle of the week, here’s what I do. I’m up at 8 to go out running. After that, a nice leisurely brunch at one of my favorite neightborhood places (hotcakes, eggs, two mimosas, and coffee, please). The afternoon is spent lounging out on the lake at Hippie Hollow (one of the more unique swimming spots in the country). Some grilling in the evening and there you go–the ideal day off.
Do you have a favorite shoe brand, model? I’m a Brooks loyalist. Currently I’m on my 9th pair of the PureFlow 3s which just work for me. I think they’re the perfect balance of weight and durability, making them great for any distance. I do have a pair of Saucony A6s for shorter races, which I also love (so maybe I’m not a total Brooks loyalist…though I do rather like the Brooks clothing line too).
Have any social media sights we can check out?Nothing much on social media beyond facebook. There is an instagram that I’ll occasionally post to…more cats than anything (@teuker) I am heavily involved with the Austin Front Runners down here.
Favorite post workout food?Easily, pancakes. See the brunch comment above 🙂
Last, any fun facts about yourself? Special talent, or travel experiences?
In addition to running cross-country in college, I was also a springboard diver. I can’t say I was all that good at it, but it was a unique thing to do that was a nice change from running.

I fall down. A lot. Like, record-setting amounts of biffs back when I was in college.
I’m a classicist by education and because  of it, I’ve spent nearly a year of my life living in Rome for studies and/or archaeology. I think Rome is the absolute best place to run in the world. A paved trail along the banks of the Tiber, ancient walls to run along, hell, an entire country to run around. It’s phenomenal. 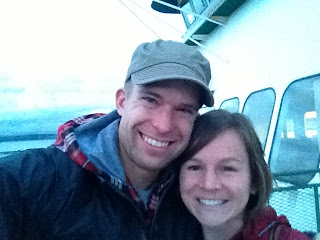 We’ve arrived in Oak Harbor, Washington! What an absolutely beautiful place! Although, Nate was quick to point out that there hasn’t been much flat driving since we arrived on Whidbey Island. Hmmm… 26.2 miles of this up and down might be pretty tough! It’s been a bit of a long travel day, starting with a… Jerry just outlined the first few weeks of the next cycle. I can’t tell you how EXCITED I am about them (and the prospect of following a structured, challenging plan again)!! Seriously :). He is so good. I also like how he titled the email “Beginnings”. He probably didn’t mean anything about it – this… First, let me post this video of Amy Hastings (go Brooks!) doing a hard marathon workout with Kim Smith.  It looks tough – but something I’d like to try.  It’s not too different than my typical tempo work; just different interval length and recovery (I’d do 4×2 miles, for instance).  It is interesting that they…