My first 50 mile week! Also the first week where I’ve started to feel like an athlete again! I am no where near fast yet, but at least I’m seeing progress, which is so priceless!! *Love*


On tap this week for workouts were:

*11 mile progression run on a cold and snowy New Years Day. My watch died at 3 miles, ARGH!! Luckily Brian was doing this with me so could cue me for mileage and pace changes. The last 3 were supposed to be: 2 @ 185-190 bpm, 1 @ 190-195. I had to go off feel, but think I nailed it! Brian and I laughed afterwards, though – I have NEVER worked so hard for a 7:30 mile! Wow, I have a long way to go! Despite the dismal paces, I was just ecstatic to be able to do the 11 miles without worrying about my legs falling off. I’m also super pumped about the effort/workout. I’ve moved beyond caring about paces, so seeing the 7:30 at the end when I was literally dying just made me laugh :).

*13 mile long run, done in the FREEZING cold temps with Sharon & 3 other crazy people through the snowy streets of Northfield. Sharon was pretty quiet. It was really, really cold. But, we got it done! Make yourself stronger!!

You probably noticed the name “Sharon” fairly often in this post. Sharon is one of my out-of-state athletes who drove up to MN to visit for 2 days. Say, what? 9+ hours of driving to train in the windy, cold MN weather? Yep. She is awesome. And hard-core. Did I mention awesome?

I was lucky enough to be able to pull together quite a few of the Minnesota TNC Endurance athletes to make her stay more enjoyable. Our group is the best!

Rael joined us for a really FUN track workout the day Sharon arrived. I timed their repeats, sprinting back and forth for splits, and hopped into Sharon’s last set. We busted out a 36 and 37 second 200m together! I gave her a sideways glance. Didn’t you say you were pumped when you hit a 39 a few weeks ago?!? Pretty sure I know who I need to edit paces for going forward 🙂

Rael also ran until she couldn’t… and then got up and finished the repeat she couldn’t. Seriously, that woman has grit. I teared up a little as she re-started. It is so awesome to see the mental/physical battle in an athlete & watch them overcome.

Then I took her on a tour of Northfield. There are a lot of fun, quaint shops. We didn’t buy anything except a chocolate cookie at the bakery. Big spenders! We schemed that it was the sub-20 cookie! We also found a “make it yourself” sign shop (made from MN licence plates) that I told her I’d buy her a “315” sign when she broke that barrier later this year. Hopefully I can find something a little cooler to celebrate that milestone, but hey, if I can’t, license plate numbers pinned to some sort of TNC Endurance or MN-themed background will be in her mailbox!

We then enjoyed a co-op type meal (i.e. what do you have around? What can you bring?) with other TNC athletes/friends! Claire, our resident chef (not kidding… culinary school), helped us create a great chicken curry dish. YUM. I’ll be re-making soon and posting that recipe to the blog.

Nate turned 31. Happy birthday to my absolute BEST friend!!!! Love you to the moon and back!

New Years Eve was fun. I tried to make a homemade Caesar dressing. It looked like it would taste great, and had good reviews, but it wasn’t great at all. I could taste the egg yolk in my mouth for a long time afterwards. Yuck. I obviously WON’T be posting the recipe here for you :). Maybe Caesar is one dressing I’ll continue to buy at the store? Unless any of you have tried one that is great?

I then rang in the new year by falling asleep on the coach after finding out that 20,000 Leagues Under the Sea was made in 1954 and not a NEW movie… not sure where I got that idea…. AND finding out, well, it’s weird. I lasted until I saw scuba-clad men walking underwater… and then decided I wasn’t going to fight to stay awake :).

That’s all for now. So excited to tackle this next training week – 55 miles, woot-woot! 🙂 It’s been a challenging week and a half! My knee has been really bothering me :(. I decided to try to nip it in the butt early and resort to training mainly on the elliptical. It’s now in the middle of our family room so I can watch Netflix and library movies. I threw out… Great weekend! We were busy… Friday afternoon looked at homes in Northfield. We found one we’re interested in, so that’s fun! Saturday we headed down to good ol’ Gustavus for the annual CC alumni meet. I was pretty nervous going down there. Normally that’s not the case (normally I know what I’m capable of, confident…

Guess it’s time for an obligatory post recapping last year and ringing in the new year, right? Let’s start with what I learned in 2012: Nutrition:  Where do I start?  Donna helped me peg a “number” to target, how to divide that amongst meals and snacks, when to have those meals/calories, and what ratios to… 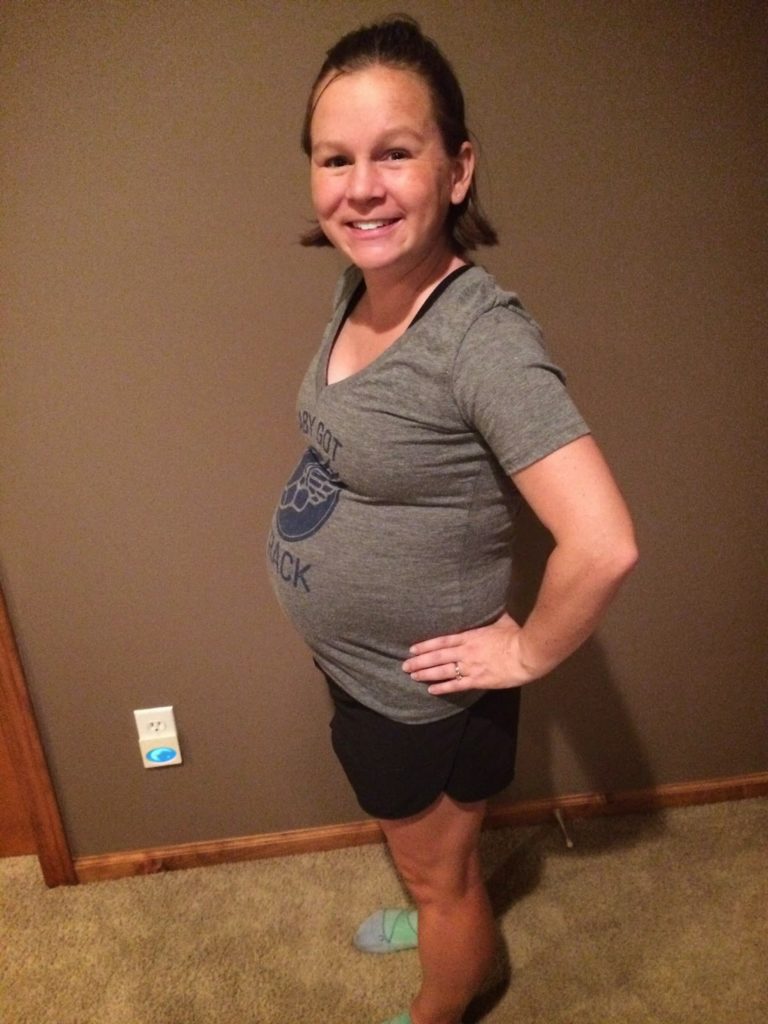 Running update: Things have been going so much better. Yay! 29 weeks Running has been going awesome during weeks 30-31, and I find myself falling in love with the sport all over again. Chris now writes my plans in minutes and specifically writes workouts as X mins running/X minutes walking. For my “long” aerobic/easy days,…