Shirley J contacted me a while back and asked me to try out their “Timeless grains-cranberry almond cereal“. Since I absolutely love oatmeal, I didn’t hesitate!
It’s a hot flavored grain cereal, sort of like oatmeal, but with 18 different
grains (as well as cranberries and almonds – if you didn’t get that from the name). It’s also flavored with evaporated cane juice,
cinnamon, and sea salt.
I was so pumped to dig in. Except…
I can’t say that I loved it. 🙁
Nate tried it and gave it the thumbs up, but it hasn’t become a part of his breakfast food rotation, so I take that as “not my absolute favorite”.
I gave some to Craig to try, figuring I had to at least give the cereal a fair chance. Perhaps I’m weird and just like plain oatmeal? Perhaps Nate is just stuck in his oatmeal w/ brown sugar routine?
Alas, I don’t know if it won Craig over either. It’s not that it isn’t great, it just wasn’t any of our favorites. We tried it all different ways:
BUT, leave it to Craig to be creative with food: he tried putting it into his banana and bread-machine loaf recipes. (I never would have thought to try it this way!) This is where it is absolutely, hands-down, just plain awesome!!
Nate and I have made both recipes (below) multiple times – and it’s now known as “Shirley J bread” among our circle of friends/family :). Nate said he’d specifically buy this JUST to make the bread. It’s that good. Interested in trying it? 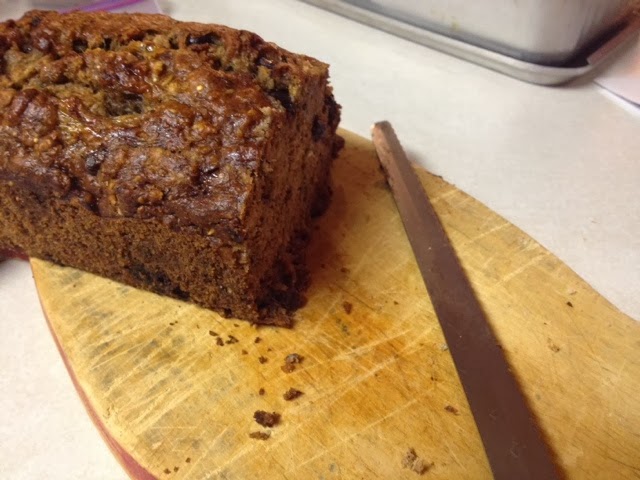 Ingredients:
1/2 cup butter/coconut oil/applesauce (If you make a 3x recipe you can add 1/2 cup of each)
1/2 cup honey (or sweetener of your choice)
2 eggs
1 tsp baking soda
3/4 cup Shirley J Timeless Grains Cereal (or oatmeal)
3/4 cup whole grain flour
1/2 cup bread flour
1 tsp cinnamon (about)
3 very ripe bananas
Optional: 1/4 cup dried cranberries (blueberries are also good)
Directions:
Mix butter and honey.
Add eggs and mix until smooth
Add dry ingredients and mix a bit (will be hard and lumpy)
Peel and mash bananas well, add to dough (this will soften it up)
Mix in cranberries and pour into greased and floured bread pan
Bake at 350 F for a little over an hour until a fork stuck in the top of the loaf comes out clean I’ve had a good first half of the year in terms of random stuff found while running! It started by collecting coins (too many solo miles in the winter/early spring months!). So far that’s amounted to $3.77 in change. Seriously. Today I found a jar of change in a free pile (along with some chairs,… Congrats, Jeff, on your overall win at Whistlestop on Saturday! Here he is receiving his award with his daughter, Emma. He ran with the leaders through about 16 miles and then took it out from there. No contest! https://results.chronotrack.com/event/results/event/event-27690 Very proud of you!! I re-read his athlete profile after our first training cycle. He has come… There are 8 weeks and a couple days left to TCM. It’s crazy how fast time goes by! I can tell I’m stronger for this cycle, this week will be my second 80 mile week of this cycle (vs. only one during the entire cycle for Fargo). I’ve held up pretty good, but training at…