Perhaps old news by now, but the site of the 2016 Trials has been decided! There was a lot of controversy around this decision (I won’t get into it), but I am thrilled to have a concrete location and date on the calendar! Now, if I can just conveniently take off that 1:12 from my personal best to qualify… 🙂

The Men’s and Women’s Trials will be held together, and NBC will be broadcasting both, similar to Houston in 2012.

This means that you can try to qualify up until January 13, 2016, giving another few precious months to hopefuls (vs. Houston, which was the #2 choice, or Cincinnati… I think a distant 3rd choice).

PS – Think LA will be as accommodating as Chicago with my cheer team’s cow suits? 🙂 I never would have guessed that our dog Mesa would snag a cool sponsorship before I did! While out at OR (a trade show in Utah) I was browsing through some really cool dog gear made by a company called Stunt Puppy. Their stuff is so cool – extremely purpose built (seriously – every stitch… 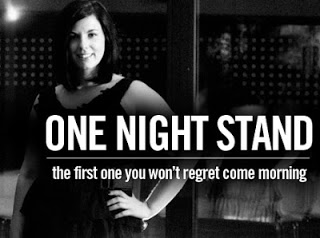 I feel like I’m on that amusement ride that you just want to STOP.  It was sort of fun at first, but now it’s just been going on for too long… This week has been tough.  First, presentations at work and the resulting changes to the plan after we roll everything up – as well…