Time for a weekly dose of motivation – or just a fun running-related video, link, etc, as is the case this week:

Yeah, perhaps not the most motivating. But admit it, it was worth the read (scroll)!

In other news… I went home for the weekend, which is always a lot of fun. I ate a LOT of great food (thanks, Mom!) and had my dad laughing so hard he was in tears, TWICE :).

The guys all went out pheasant hunting Saturday morning, and apparently Mesa is just awesome. Way to go, girl! My dad’s new dog, Abby, apparently is not so awesome. Lazy was a common term. Hmm..

Except Mesa will run until she literally drops, and that evening she was the most miserable looking dog I have ever seen. She could hardly walk and was so tired she could barely stay awake to eat the steak scraps Nate tried to give her. Wow.

So, we decided that we’d have to limit her hunting from now on, even though she absolutely loves it. Sad day… she is getting old :(.

Nate and I then woke up at 5 the next morning to head to Mankato to cheer on Craig (marathon) and Rael (half). I borrowed Craig’s cow suit so we could be an entire family of cheering cows (Mesa included). We were a hit 🙂

Craig ran a new PR and Rael had an awesome pace going until her stomach started giving her trouble. It was so fun to watch both of them. Rael was so fun – every time we would see her she would smile big and wave her hand high :). Awesome energy all around!

Which reminds me, I need to find a onesie pattern and some cow print material and try to make a suit for the upcoming gravel championships and Birkie. Although Craig’s mad cow suit is cute… well, it isn’t. And it’s huge. Adventures to come, I’m sure, as I’m not the best seamstress! Any recommendations on patterns? I had to put a dollar in my jar tonight (the one that I need to contribute to if I eat after our evening meal). Ug. First time I’ve had to contribute, and not going to lie, a little disappointed in myself (I didn’t even need it!). I can be better than this! 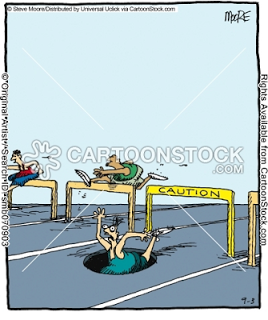 For those that haven’t seen it, my first guest blog for Brooks! http://talk.brooksrunning.com/2012/10/09/guest-post-how-i-found-my-speed-later-in-life/